We are a private sector group using a commercial lens to help address Australia’s chronic shortage of low-income affordable housing.

An Australia where everyone has a stable place to call home – no matter if they’re rich or poor.

To harness the ability of the private sector and collaborate to address the chronic shortage of low-income affordable housing.

Housing All Australians (HAA) was established in 2019 as a ‘for purpose’ organisation, to facilitate a private sector voice, and re-position the discussion and action on social and affordable housing for those on low to very low incomes. Our commercial lens is like no other charity in this space.

We are a group of private sector individuals and corporates with a shared vision that it is in Australia’s long term economic interest to house all Australians, including those on low incomes.  Unless we do, we will be leaving a significant burden for future generations, with disastrous economic and social consequences. We are classified as a Public Benevolent Institution with full tax deductibility benefits.

We cannot wait for Governments to act.

Deliver short term transitional housing in existing buildings that are sitting idle and going through a long redevelopment process.

Undertake an independent national bi-partisan study to demonstrate the long term economic impact for future generations of not providing housing for all.

Convince super funds to undertake commercial developments on Govt land under a long term lease agreement rather than Govt selling the land to the private market.

Create a new instrument to subsidise the incorporation of low income housing into Build-to-Rent housing and apartment developments. 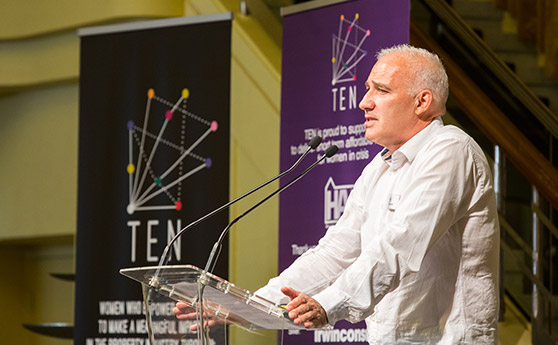 Rob is a qualified engineer and has been active in the property industry for over 30 years, most recently as General Manager of Frasers Property Australia (formally Australand). He is the founder and Director of Housing All Australians, Board member of Summer Housing, and Salvation Army Housing. Rob was previous Board of Advisors for the Property Industry Foundation (Vic), past Board member of the Property Council of Australia (Vic), Residential Development Council, HIA (Vic), UDIA (Vic), Liveable Housing Australia and the Heritage Council of Victoria. 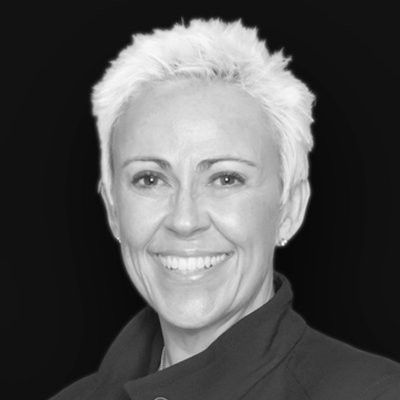 Louise has a unique and diverse background with over 25 years’ experience in Business Strategy and Innovation. She is a multi-disciplinary, multi-industry, globally experienced senior executive and entrepreneur. A mentor and business leader adding cultural, professional, ethnic & gender diversity to the Board Room. 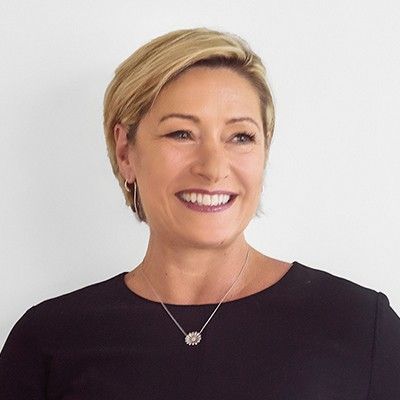 Kris has over 25 years of experience in the Property & FM industry both as an owner & director of a leading FM software company and in numerous board positions. Kris is the first female Chairman of FMA Australia, a director of TEN Women Networking Group and co-founder of Real Energy Co, a mentoring and business coaching business specifically aimed at shining a light on women in business. 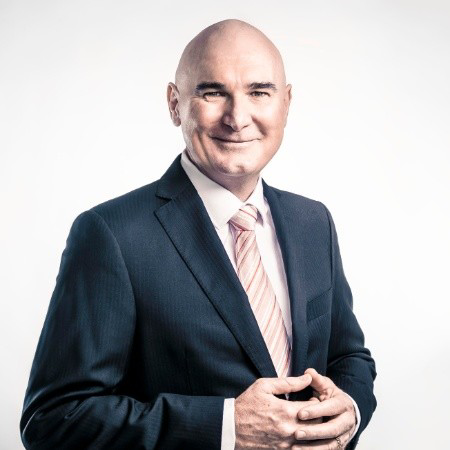 Tony has an extensive background in local, international and multi-cultural environments with over 30 years of leadership and management experience in multiple roles globally and across the Asia Pacific Region.  Tony is also on the board of Every Little Bit Helps – a non-profit organisation founded to support homeless youth, adults and families. 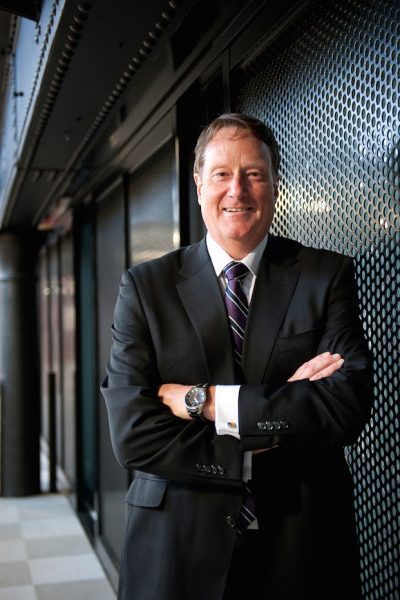 Peter has over 37 years’ experience in construction, project management and leadership having served in a range of site and project management roles, as a director, general manager and state manager for Multiplex, Probuild, AECOM, Development Victoria and RPS. He is a Board Advisor to Vos Construction and Joinery and a guest lecturer for Melbourne University. 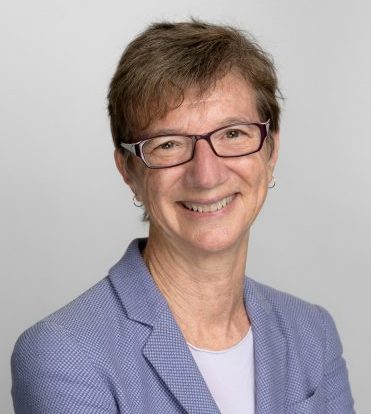 A lawyer with 40 years experience in the financial services and property sectors, Christine has worked for various retail and investment banks in senior management roles, most recently as an Executive Director with Macquarie Group.

Christine is also a non executive director on a foundation providing scholarships for Aboriginal and Torres Strait Islander students and chair of an innovative young chamber opera company resident at Carriageworks.

Our extraordinary people who give of their time freely

JULIANNE HEXTER Julianne is a skilled operational professional with 18 years experience in the compliance, risk and operational sectors within the financial services industry. With a strong affinity for business transformation projects from an operational and legislative perspective, Julianne manages all operational aspects of Housing All Australians.

MARK MCDONALD  Mark has wide ranging business and financial experience from his 40-year career with packaging manufacturer, National Can Industries. Mark retired in 2018 as the company’s longstanding Chief Financial Officer and Company Secretary, having acquired a wealth of knowledge in corporate governance, regulatory compliance and financial management.

LISA KINGMAN, Managing Director, Social Good. Lisa is one of Australia’s most respected independent community advisors to the corporate and not for profit sectors on social change initiatives. Recognised in 2018 as one Australia’s 100 Most Influential Women, Lisa has been at the coal face of social change strategies for 30 years. She’s led over 40 corporations and hundreds of charities into mutually beneficial relationships and her contribution to indigenous organisations, education, health, social justice and the arts sector can be seen in all corners of Australia.

PHIL MARTIN, Director, 3 Tiers Advisory. Phil has worked extensively across local, state and federal government, serving as a Senior Advisor and Chief of Staff to multiple Victorian State Ministers in both the Bracks and Brumby Governments. During his time in government, Phil worked on a number of high profile campaigns. These included the overhaul of the StateWork Cover Scheme; Local Government reform; the ‘Our Forests, Our Future’ and ‘Our Water, Our Future’ campaigns; and establishing the Department of Victorian Communities. 30 years later, Phil is regarded by many as a leader in the field of stakeholder relations. In the 2010s, Phil entered the private sector and created an original Business concept in the Government and Stakeholder Strategy fields where good, experience practitioners can combine and collaborate to provide advice, guidance, and support to organisations intersecting with Government and/or managing complex stakeholder issues. Phil is now the Founder and CEO of his own advisory company, 3 Tiers Advisory.

TRACEY WILLIAMS, Business Development and Client Relations, Construction Profile.  Tracey has over 30 years spent in the architecture, interior design, project management and building industries and currently works with Construction Profile as their business developer and client manager. As an avid researcher of Sydney’s planning and development market and through her contact with Architects, Designers, Project Managers and Development Managers, Tracey keeps up to date as to who is moving, changing, updating and planning. This coupled with her understanding and experience with the development process, the stakeholders and end users assists with finding suitable sites and development groups willing to lease their properties to the HAA Pop-Up Shelter initiative.

CHRIS HALL. Chris was the longest-serving NSW State Government Chief of Staff and worked across the portfolios of Police, Emergency Services, Sport, Fair Trading, Western Sydney, Trade, Tourism, and Major Events for almost six years.  He was also the Government Relations Director for NSW Minerals Council, Advisor to a Federal Member of Parliament and developed and managed numerous election campaigns across marginal seats.  Chris now provides clients both a media advisory and advocacy service which includes government relations and political strategy. He holds a Bachelor of Business (Mgt) with Credit, the IAP2 certificate in community relations and is currently the Deputy Chair of Sport NSW.

DANIELLE MILDREN is a leading property lawyer and Partner at Clayton Utz. Danielle has extensive experience in all aspects of property and planning law. She has acted in a variety of matters including leasing, disposals and purchases, joint venture agreements, development agreements, agreements for lease and general property and planning advice. Danielle has a strong understanding of property, including commercial development sites, a variety of residential interests and property with heritage and contamination issues. When advising clients Danielle provides both practical and direct advice. Danielle specialises in advising Commonwealth government clients in respect of their national property portfolios, both leased and owned.  Danielle is also President of the Women Lawyers Association ACT.

NIC ROBERTSON is a recent arrival to Hobart.   His work with the Urban Development Institute of Australia recognised the need not only for more affordable housing but also for more social and community housing for those in greatest need.  With a rich and varied career across the world, a common thread had been recognising problems and helping to find smart solutions.  Life experiences have seen Nic in communities in UK, USA, Bahamas, Nigeria, Cameroon as well as living on the high seas crossing the Atlantic and through the Caribbean.

His work life now has him specialising in live communication and stakeholder engagement having previously worked with a number of sectors such as Bank (Barclays Bank Canary Wharf London – home finance ), University (University of Liverpool – scientific research engagement), working with some of the UK’s top creative communication agencies as well as assisting in the establishment of a family run home caring agency allowing the elderly to remain in their homes.  Nic recognises that a sense of place, stability and security is essential for the well-being of Australia.

LEE ROSSETTO, Partner, Minter Ellison.  Lee has developed a diverse property, major projects and government law practice during 20 years in the law, both in Australia and the UK.  He is a trusted and long standing advisor to government and the private sector and is active in law and policy reform in the property sector, particularly in relation to affordable and social housing, including through his role on the Property Council of Australia (WA) Residential Committee.  Lee leads MinterEllison’s government practice in Western Australia and has acted on many of the largest urban renewal and infrastructure projects in Western Australia over the past decade .  He is also passionate about addressing homelessness, providing access to justice and delivering pro bono legal services in the community and was immediately drawn to the clear purpose and great work of HAA.  Lee is also MinterEllison’s pro bono partner in WA and is a member the Law Society of Western Australia Pro Bono Committee.